Top Tech Beast
Affiliate Disclosure: TopTechBeast is supported by its audience. When you purchase through affiliate links on our site, we may earn an affiliate commission. Learn More

This article will enlighten you on how to flip the screen on a Dell laptop. So, let’s dive into it!

Is It Possible To Flip The Laptop Screen?

Screen rotation is a very intriguing feature. Yes, you can rotate the laptop screen. This screen rotation feature is present in plenty of laptops; however, one aspect that differs is how the screen gets flipped. If you own a computer or a monitor, this feature is helpful as these devices can be transformed vertically. However, it’s one of the few functions of laptops that we would rarely be using.

How To Flip Screen On Dell Laptop?

However, in laptops, it isn’t the best feat. To view the flipped screen perfectly, you need to tilt your entire laptop in that direction. But since the keyboard comes attached to the display, it’s neither ergonomic nor convenient nt. Therefore, it’s unlikely that anyone will rotate their laptop scr en. However, whether you will flip your screen or not isn’t the quest. This is a piquing spec that almost every dell laptop offers.

Why Should You Flip the Dell Laptop Screen?

However, the question is,” Why does this feature exist”?

As stated earlier, the inclusion of this feature on desktops makes sense, but on laptops, it doesn’t.

So, the only possible reason why this function exists is that it’s incorporated into the Windows operating system. Since the laptop runs on Windows, you get this feature as a bonus.

Occasionally, you may face a situation where your animals or children mess around and accidentally bump into your laptop and flip its SCR en. So, its only possible advantage is to change the flipped screen back to the original one.

Now, let’s find out how you can flip your screen back to normal.

How To Rotate Screen On Dell Laptop?

One way to achieve a dell laptop flip screen is to use keyboard shortcuts.

How To Rotate the Screen in 2 in 1 Laptop?

A convertible 2-in-1 laptop also comes with this feat. Therefore, if you are fed up with your screen getting flipped automatically or want to work by rotating the screen, a simple method is to switch it off and on like your smartphones.

For this, go to settings, then click the rotation l CK. Verify whether it’s locked or not. If it’s locked, then your screen won’t get flipped. However, if it’s unlocked, your screen will automatically get flipped in the direction your device is tilted.

How To Rotate Screen With Action Center?

An alternative way to flip your screen is through the action cen er. This action center caption is located at the downright side of your device. Click the icon.

After clicking, the action center will provide you with several settings. Choose a rotation l CK. Activate it. This way, your device screen will be fixed.

Although it’s a very convenient feature, you should remember that it’s not offered on every 2 in 1 lap op. They have a Windows Accelerometer to sense the physical orientation of your convertible laptop.

This Article is Updated in August 2022. 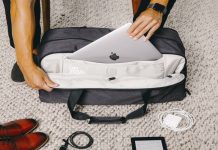 Are Laptops Allowed In Checked Baggage 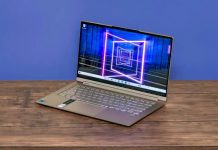 How To Make Lenovo Laptop Faster 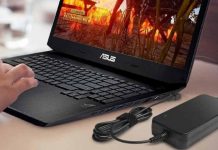 How To Charge An Asus Laptop Without A Charger 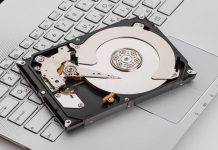 How To Get More Storage On A Laptop 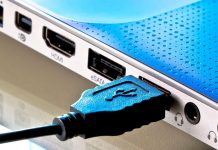 How to Replace USB Port On Laptop

Toptechbeast.com is a participant in the Amazon Services LLC Associates Program, an affiliate advertising program designed to provide a means for sites to earn advertising fees by advertising and linking to Amazon.com properties.

How To Connect Dell Wireless Keyboard

How To Unlock Keyboard On Lenovo Laptop